In my guest TV interview from the daytime Elaine chat show with Clare McKenna I share how panic attacks, trauma and anxiety based disorders can be rapidly and effectively overcome with a groundbreaking neuroscience based therapy called the Havening Techniques. 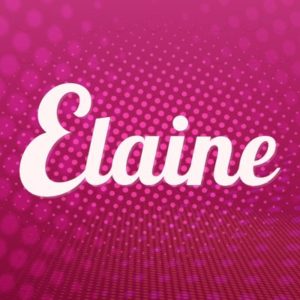 Clare: Now anyone who suffers from anxiety and panic attacks knows that there really is no quick fix. But there is a new technique called Havening which is helping people overcome a very wide range of challenges from trauma to addiction. Please welcome Stephen Travers to the show. Stephen a lot of people seem to be suffering with anxiety. It’s a real buzz word at the moment. I mean, not to take it less seriously but you know it’s huge at the minute, isn’t it?

Stephen:  Yes. Anxiety and depression are at epidemic levels in Western society for many reasons.

Clare:  And anxiety and panic attacks are something you used to suffer with?

Stephen: Yes I used to have anxiety and panic attacks which led me to becoming a hypnotherapist and a hypno-psychotherapist to try and find a solution for myself. So over the last decade I’m always looking out for the best and newest psychological methods that can get my clients the best results. And that’s how I came across the Havening Techniques.

Clare: And I think we’ve all heard of hypnotherapy. You know for anything, not just anxiety and panic attacks, but for quitting smoking, weight loss, all those sort of things and CBT cognitive behavioural therapy but I had never heard of Havening before. What exactly is it?

Stephen: Yes I came across Havening about four years ago when I was reading a newspaper article. It was an interview with Paul McKenna the famous hypnotist. And Paul was saying that he believed Havening was going to change the face of therapy across the world because of the remarkable and rapid results it produces. This was a pretty bold statement I felt.

So I did a bit of research and I discovered that Havening was developed by an American doctor called Dr. Ronald Ruden. He’s also a neuroscientific researcher and has the largest private medical practice in New York city.

So I contacted Dr. Ruden directly and I ended up doing one of the very first Havening training’s in the UK. And I have to say I was absolutely amazed me because of the neuroscience behind it which really impressed me. And how rapid and effective it is for helping people become free from anxiety, trauma and panic attacks.

Clare: What is it that makes it different to the other therapies you touched on there?

Stephen: Yes the big differences are a lot of therapies are purely talking therapies. Havening is a psycho sensory therapy which means we apply sensory touch where we stroke the arms very gently, the hands and the face and use pleasant psychological distractions. So there’s sensory touch involved.

And what we do is we pinpoint or identify the traumatic memory or negative thoughts that are causing the anxiety symptoms and we get the person to think about the negative part of memory to activate the stress.

Then we ask them to clear their mind and we distract them as we start to apply the relaxing Havening touch. And what Havening does it delinks the emotional and physical stress from the thoughts or the memories. It switches off and completely clears it and it does this often within just minutes which makes it a real breakthrough in the field of trauma therapy.

And what we’ve discovered is when we stroke your arms its produces delta waves in the brain. Doctor Ruden discovered that when you’re having a traumatic experience something called AMPA receptors gets stuck onto little neurons inside the brain. Those receptors download all the emotional and physical distress you are feeling at that moment. And this is what causes anxiety based problems.

Clare: Because when we hug doesn’t that not release something?

Stephen: Yes it’s all about the neurobiology of human touch. So when we hug people and touch people gently it changes their neurochemical state. It produces and releases serotonin and oxytocin which are feel good chemicals.  And this is the neuro scientific foundation that Havening is built on.

So when a traumatic memory is triggered these AMPA receptors are activated. The delta waves from Havening removes the receptors off the neurons in the amygdala, which means it switches off or delinks the emotional physical distress within the person. So any stimuli or cues that was activating the anxiety or panic attacks can’t activate it anymore because these receptors are now completely gone. And that’s the big breakthrough in Dr Ruden’s work.

Clare:  Now is it scientifically proven? I mean there are cynics out there. I mean you can have clients that walk in and say this worked for me, and for me I think just because you can’t touch it, or feel it, or see it, if it works I’m with it, but there are other people whom want facts, you want figures, who want science.

Stephen: Yes well you look at Dr Ruden first of all he’s a Harvard academic and graduate. He’s a neuro scientific researcher and he is a medical doctor. Plus there was a study done in King’s College in London a couple of years ago by Dr. Neil Greenberg. He’s the head psychiatrist there and that was done with people who had severe anxiety trauma and depression and shows the positive effect Havening has in just one session. The results are remarkable, quite extraordinary. People can find that study online. Google King’s College London Havening study if they want to have a look at it.

Clare: I have to say we got a lovely e-mail in when we had put up that you were going to be on the show. And it’s from a man called John who says, “I’m writing on behalf of my wife who suffered with anxiety and panic attacks up to three or four times daily. She took bad anxiety fits and was seeing a psychiatrist and a GP. She was housebound for 14 months and felt she had no quality of life. She found Stephen Travers has done three Havening sessions and she’s a new woman. The panic attacks and anxiety fits have stopped. She is a totally different outlook on life. All now thanks to the Havening techniques. As her husband I feel I got my wife back stronger and better than before. Myself and her daughter can’t thank Stephen enough.”

Do you get to many of those sort of stories that complete turnaround with this technique and others you use?

Stephen: I work with hundreds of clients every year. I’m based in Dublin and most of my clients come with anxiety based problems. These are the results I see every single day. It’s quite remarkable.

Clare: Even in the make up room we were talking about anxiety and maybe the effects of phones and social media. Is that adding to people’s anxiety?

Stephen: There is research on this which shows that it’s addictive and when people get “Likes” on Facebook for example it can release serotonin. So that makes it addictive so we keep coming back and putting stuff up to get some more recognition.

It also takes up a lot of time. As we all know you can go onto Facebook during the day and check something and could be half an hour later and you’re still scrolling through.

So yes there is a lot of research that shows the social media can be addictive but once again with addictions you have to look at what’s causing them. And we often find that it’s trauma related issues. People are trying to change the way they fee. Through eating, through using their phones, through distracting themselves, through doing drugs or drinking alcohol. But the root cause of most of these things are anxiety based issues.

Clare: You’re running from something?

Stephen: Yes you’re trying to self medicate or change the way you feel in some way. And what Havening is really doing it’s addressing the root cause and removing the anxiety and the stress. It’s quite different than talk therapy which often is trying to teach people how to cope or manage. With Havening its actually going in and removing the symptoms, which is a big difference.

Clare:  Now would it need to be a very big trauma, such as child abuse or bereavement or could it be a bad break up. I mean, could it be anything? Is there a spectrum of traumas for people?

Clare:  Now how is this good business for you? I mean people are walking out after one session. I mean don’t you want them to come back and keep talking and keep going.

Clare: And you probably need to have that session and then go away and take it all in and come back a week later and talk again.

Stephen:  Yes because we have to check the results. So if someone comes back in a week I then do a debrief to make sure that we’re getting the results we want. Because Havening can produce remarkable results more and more people are finding other about it and they don’t want to spend necessarily months or years in therapy. They want to come if they have a problem and they want a good result.

Clare:  And they want to get on with their lives.

Clare: Stephen Travers thank you very much for coming in.

To view the the full TV interview please see my YouTube channel and subscribe to keep up to date with more new videos about hypnotherapy and Havening. See https://www.youtube.com/watch?v=uu4FCcPqEvY

Register today and receive a FREE chapter from the eBook

In this free download, I'll share how Havening Techniques can help you to quickly and effectively become free from anxiety, panic attacks, phobias, post-traumatic stress and boost your confidence, resiliency and well-being with remarkable long lasting positive results.