Irritable bowel syndrome is a common gut disorder. What causes it is not fully understood or known. Symptoms can be quite variable and can include abdominal pain, cramps, bloating, and sometimes bouts of diarrhoea and/or constipation. Symptoms tend to fluctuate, as in come and go. 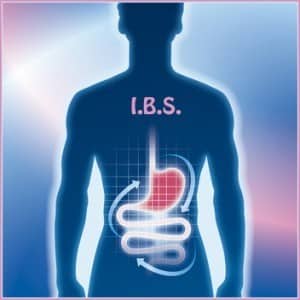 It’s a functional disorder, meaning there is a problem with the function of a part of the body, but there is no abnormality in the physical structure. So, in IBS, the function of the gut seems upset, but all parts of the gut look normal, even when looked at under a microscope.  IBS can affect anyone at any age, but it commonly first develops in young adults and teenagers. IBS is twice as common in women as in men. Good news is its very treatable with hypnotherapy and the Havening Techniques.

How to treat it?

From my experience from very successfully treating IBS within as little as 1 to 3 sessions, stress, worry and anxiety are the main causes and that compound the symptoms. Your brain and stomach are strongly neurologically linked. This is why we often feel sensations such as butterflies or a knot in the stomach area especially when we are feeling anxious, nervous or stressed. Once you successfully reduce and remove anxiety, stress related reactions the IBS symptoms tend to quickly and significantly reduce or disappear.

I remember treating a 28 year old man called Ken. He had been suffering with IBS since his childhood. He’d been to many doctors and had many physical examinations done to try and find out what was causing it. He even had cameras inserted inside into his stomach to try to find out what was going on in his body. The doctors reported back it was an inflamed bowel.

He came to say me as a last resort quite distressed as no medical treatment had been able to resolve the issue.  I investigated into his past to find if there were any traumas which may have caused it, but could find no specific root cause events.  I decided we would do Event Havening on the specific situations in which triggered off  his IBS. There were three main situations.

First, when he was in his girlfriend’s house with her family. There was only one toilet there.  This idea alone caused much anxiety that flared up the IBS , especially if someone was in it when he was there. In this situation on a scale of 10 to 0 his feelings of worry and anxiety he was hitting a 9.

After only just one round of Event Havening (which took just 5 minutes) he dropped down to a zero. The worry and anxiety were completely gone. He found this quite amusing as he could not access the anxiety or memory of it no matter how hard he tried.

The second situation that triggered the anxiety and IBS was at his work, which was in a factory. There were 25 people in the vicinity and only one toilet. Once again when he saw someone entering it the IBS and his anxiety rose to 9 on SUD scale.

Again after one treatment of Event Havening he dropped down to a zero. Once again the worry and anxiety were completely gone and he could not get the distressful feelings back, no matter how hard he tried. He said he felt detached from it and completely relaxed.

The 3rd situation was around social situations like just before going to meet his friends in a bar, coffee shop or restaurant in the city. Sometimes he would be in the toilet for about an hour before he would leave home to go there. After just a few rounds of Event Havening he dropped right down to 0. The anxiety and worry about these types of situations were now completely gone too.After completing only two sessions his IBS symptoms had completely disappeared with all the anxieties and worries he had about it

Before he had come to see me he had been taking 9 to 10 Imodium tablets per week.  From the first session he had taken none as he didn’t feel the need to anymore. His girlfriend ended up coming see me a couple months later regarding a stress related issue as she was so impressed with the results her boyfriend had achieved that changed his life.

See Kens IBS video testimonials on the www.stravershypnosis.com page. Its starts at 3 minutes 33 seconds on the video.

For a complimentary phone consultation about our hypnotherapy IBS session

We look forward to helping you.

Register today and receive a FREE chapter from the eBook

In this free download, I'll share how Havening Techniques can help you to quickly and effectively become free from anxiety, panic attacks, phobias, post-traumatic stress and boost your confidence, resiliency and well-being with remarkable long lasting positive results.